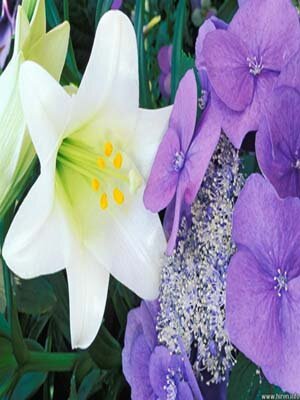 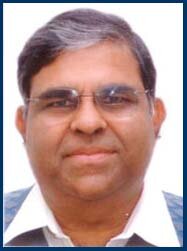 Shri Rajendra Bhanawat is an IAS officer, presently holding the position of Managing Director, Rajasthan State Industrial Development and Investment Corporation Ltd.(RIICO). He has been an excellent scholar throughout his education. He has been topper of Udaipur University in B.Sc. Examination and was awarded a Gold Medal. He was also awarded Gold Medal by Vaigyanic Balak – a Science magazine for standing first in University in the I Yr. B.Sc. examination.

As a professional, in all his postings, Sh. Bhanawat has left marks of success combined with moral values, integrity and dedication wherever he went. He has made corporations like RSMDC, RTDC, and Rajasthan Small Industries Corporation, etc.  quality producing and profit generating industries with his able and dedicated leadership.

He has held positions of Divisional Commissioner Jaipur, Bharatpur & Collector and DM of Dungarpur and Baran. He has contributed towards the solution of many administrative and social issues which were prevalent in the respective districts earlier.

Due to his efforts as Director, Literacy & Continuing Education, Rajasthan registered highest growth in literacy between 1991 and 2001 ( 23% percentile points against normal increase of 6-7%). He made the Shikshakarmi project and the concept of Non-Formal Education a great success.

He has authored a number of articles and number of poems. He has visited United States, and countries in  Africa, South America, Europe and Asia several times for training and other professional assignments.

Shri Bhanawat is a role model for future managers. People respect him because of his simplicity and commitment. Whenever he addresses students, he fills them with a passion to live for the country. Let us listen from him how his principles and dedication have helped him in achieving great heights.

An Interaction with Mr. Rajendra Bhanawat
An Epitome of Moral Values and Dedication

Interviewer : Sir, according to you, what is the right age when a person should think about his lifestyle? What are the factors which can help us initially in this effort?

Sh. Bhanawat : The sooner we make healthy habits, attitudes and principles a regular part of our life, the better it is. In my case, I imbibed certain habits and values from my parents and they were already a part of my life before I started thinking consciously about myself.

My father was a teacher – a person full of integrity, dedication and values. In his mid career, he took the charge of college library. With his dedication and hard work, he made his library the best library of the State at that time. This gave me a chance to develop the habit of reading. His dedication, integrity and discipline came into my blood in early childhood.

My mother is a highly caring lady, full of tolerance and sincerity. I’ve imbibed the qualities of both my parents.

In my professional life, Shri M.L. Mehta has been my role model since beginning. He is an epitome of principle based leadership and human qualities.

Interviewer : Sir, wherever you went, you have brought a great positive change in the system. What are your main guiding principles at work?

Sh. Bhanawat : We should give justice to people through our work and not just deliver judgments.
Our aim should be to keep interest of last person in last row as supreme. This also gives us tremendous amount of inner satisfaction. We should always combine success with self satisfaction. If success leads to a feeling of guilt within you, it is not worth it.

I also believe in developing a sense of belongingness in the whole team. Taking people along with you is necessary. When you work selflessly with full sincerity, people do come with you.

Interviewer : Do you think the one who follows ethics and values strictly has to face a lot of struggle?

Sh. Bhanawat : No, it is not like that. By keeping our conscience clear, we can easily invite others’ cooperation. Once a person builds a positive image, his seniors respect him and support him for the right cause. As far as subordinates are concerned, they are like water. When a senior is strong in his values and principles, they adapt themselves accordingly. People develop a genuine respect for you if you are honest in your intentions and are ready to work hard.

Interviewer : What elements of Indian society do you think need a change to enhance the qualitative development of the youth? What role can education system play in building strong generations for future?

Sh. Bhanawat : Indian society is very complex. Here people believe in giving doles and charity but are not willing to give time. What is really needed is that people should give their quality time to the younger ones to make their grooming healthy. Retired professionals can also contribute a lot in this regard.

Media should play a healthy role in providing right guidance to the youth. The mind is highly susceptible in teenage and in early twenties. Right kind of articles, editorials, good films, quality TV programmes, etc. can help them in shaping their thought processes in the right direction.

The educational institutions can help the students by way of arranging interaction with those people who have done good work and at the same time followed the basic principles of life. This will help them in building moral courage. The students should be asked to work on projects involving social issues to help them develop a higher level of sensitivity. This will help them in adding to the quality of society later.

Interviewer : Sir, What are your views about working women?

Sh. Bhanawat : Whether women should work or not should depend on a mutual understanding between husband and wife. Building a healthy environment at home should be the first priority. If needed, at least one of the partners should make a compromise. Taking our own example, Anita (my wife) has been a topper of Rajasthan Board in Higher Secondary and she was a position holder in the University. She received an offer for lecturer ship from Directorate, College Education for several years. But my job was transferable and if she had joined the govt. job we could not live together. She chose to work in private sector on a much lesser salary. She also works actively for some social issues.

We have a maid servant who was very much shy and reserved initially. Later, she took training for stitching and knitting etc. with Anita’s support. Today, she is a head trainer and goes to slums for training other women. She even drives a motorcycle.

Women empowerment is more important than merely encouraging women to work for financial gains. Whatever we do should lead to a quality environment both at home and in the society at large.

Interviewer : Kindly share with us some of your experiences when you faced a challenge, you sticked to your principles and got success.

Sh. Bhanawat : One of the most memorable experience has been when I was collector Dungarpur. A lot of tribal people live there in the rural areas of the district. They have a tradition that when someone dies in an accident and they suspect someone to be responsible for his or her death, they ask for a huge amount in compensation which they call “Motana”. They put the dead body in front of the main gate of the person’s house who they think is responsible for the death and stay there in a crowd till they receive the Motana.

When I was posted there, once a tribal sarpanch met with an accident while driving a motor cycle.  He was going to meet the up-sarpanch who was from a non tribal patidar community. He was hospitalized in Ahmedabad hospital. He remained in coma and later died in the hospital. The tribals took the stand that up-sarpanch is responsible for his death. Instead of cremating the body, they put it in front of the main entrance of sarpanch’s house and asked for a Motana of Rs. 51 lakh.

The up-sarpanch was innocent in this incident and the tribals did not move the body for two days. The situation led to the threat of tribal-nontribal conflict. The body was also decaying.

I talked to tribals. Many of them who were reasonable (including the family members of the person who died) said that peace should be restored without any compensation since no one is at fault. However, some of the leaders of the community sticked to their point and did not move the dead body from up-sarpanch’s house.

I talked to police and also consulted my seniors. Everyone agreed that the demand for Rs. 51 lakh was unreasonable and the dead body should be removed. I took a decision and asked the people again to leave the place and move the dead body. The dead body was removed in early morning but the tribals gathered in big numbers as the day progressed. The crowd turned violent.
In such a situation, to move the people from there we applied force. We had to order firing also. Three persons were injured. One person was seriously injured and needed immediate blood transfusion. We immediately arranged to take the injured persons to hospital. Anita saved life of the injured person by contacting blood donors failing which he could have died as there was no blood bank then at Dungarpur. Thus an administrator has to be tough and compassionate at the same time. He was saved and nothing undesirable happened. Peace was also restored.

While deciding to apply force, I thought many times. The purpose was to restore peace and to discourage the development of such traditions which create unnecessary nuisance. Ultimately, I got support from all corners and no one questioned me for anything.

Another such experience was when I was Divisional Commissioner Bharatpur. Gurjurs were  protesting against release of water from Panchana Dam in Karauli Distt. When the protest continued, I decided to talk to the Gurjurs.

When I sent a message to their leaders, they gave me a condition that I should go alone and should be without gunman and official vehicle. Everyone advised me against the idea of going alone. But I had faith that if I am right, no one will hurt me. I went there and talked to them. I requested them to continue their talk with the administration peacefully. They agreed and after that there was no nuisance in Bharatpur district during my tenure.

When our intentions are clear and what we are doing is right, no one will come in our way.

Interviewer : Sir, you have stood for your principles and moral values against both odd and even. What do think has life given to you in return?

Sh. Bhanawat : My biggest capital in life has been the blessings of common man and an image of a compassionate and honest officer.

Interviewer :  What would you suggest to the youth?

Sh. Bhanawat : Youth should always remember that image travels faster than the person. Credibility, honesty and sincerity are the prerequisites of success.  The prime motive of our young managers should be to add to the chair wherever they are and not taking something from the chair.

To conclude this interview, I would like to bless our youth with a wish that each of them becomes a light house for the future generations to come.